skip to main | skip to sidebar

After pulling out the film reel by reel from under the stage, the organization process begins: 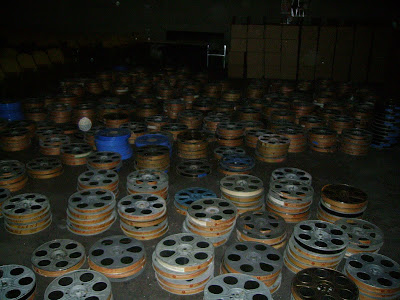 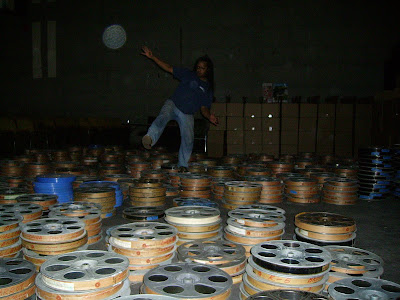 Nearing completion, about 15 hours in: 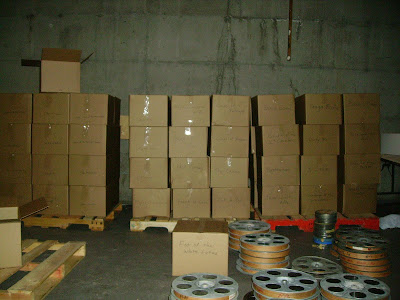 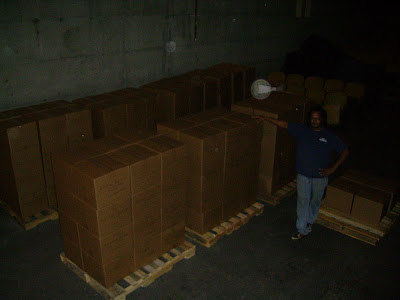 Forces were working against us as the last step (the loading of the truck) almost didn't happen. Luckily, Mondo man Justin Ishmael came through with a Hail Mary fax to Chinatown to save the day. The crackheads were out in full force as we loaded the truck. One particularly funky junkie sat down near us, smoked a rock, pulled a knife from his pocket, and proceeded to carve into some serious self mutilation.

This adventure is finished, but it's not the end of the journey...I've just gotten word on another underground stash. I'll be back, you nasty crackheads.
Posted by Grandmaster at 11:45 PM 1 comment:

Like a grueling training sequence, it seemed impossible at first, proved to be more painful than imagined, but was rewarding in the end. Not only did the film have to inventoried, but it had to be done ONE REEL AT A TIME. This was the downside to the film not being stored in cans or boxes. The upside to this however, is that it seems to have staved off vinegar syndrome, as not a single reel has gone bad. I've also noticed before that Hong Kong films seem to hold their color better than American films. Almost every frame I looked at still held bright colors. Also, the film has all been stored under the stage, meaning standing up straight was an impossibility for the day. 9 hours later though, it is finished. Photos below: 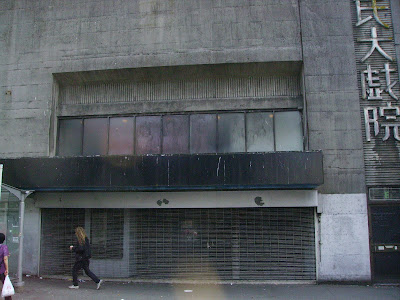 The old kung fu theater. Opened in 1971, closed in 1985. Located at the intersection of Chinatown and Junkieville. The alley in the back is littered with used needles, and even has a junkie with a baseball bat (Just like in the Grandmaster Flash song) 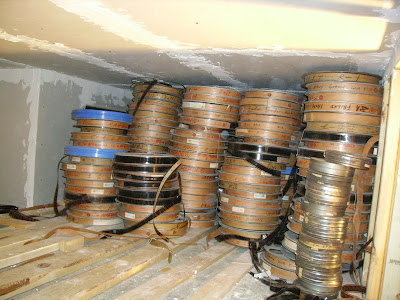 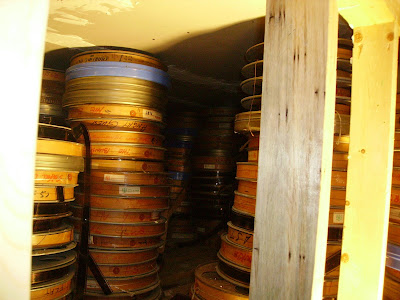 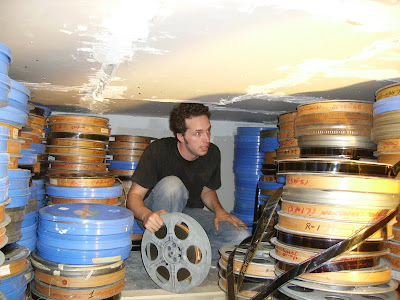 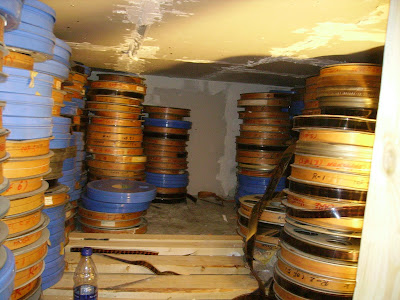 Posted by Grandmaster at 8:06 PM 5 comments: